Two years ago, Varun and I started working together on an idea called RSS+. Our goal was to build a credibly-neutral protocol where users have direct relationships with their audiences and developers have the freedom to permissionlessly build new clients. We went through a few iterations and ultimately built Farcaster, a sufficiently decentralized protocol for building social networks. 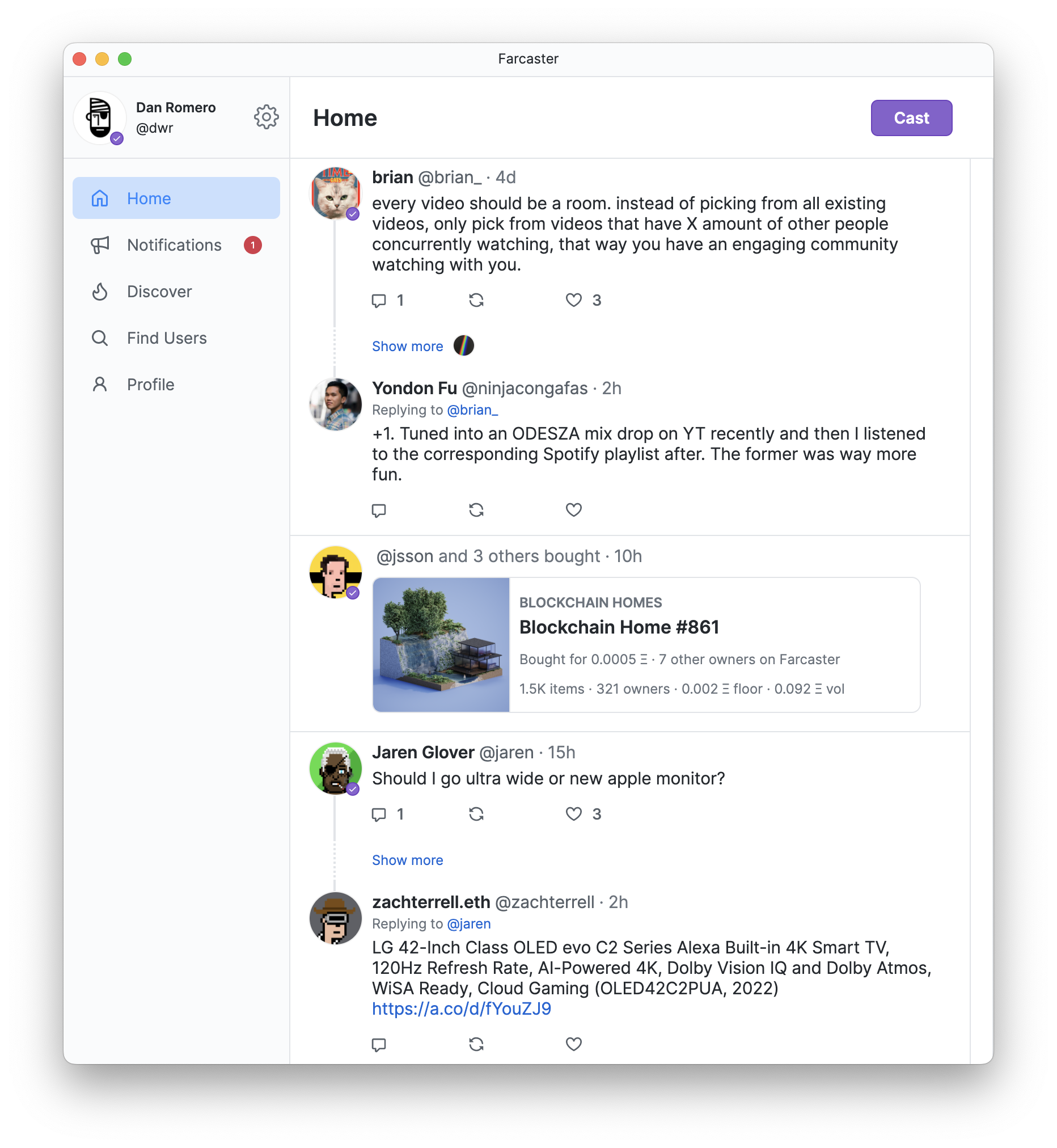 We’ve launched initial versions of both the protocol and clients that people have been using for a little over a year. We’re now working on Farcaster v2 and plan to launch later this year.

Today, we’re excited to announce a $30M investment led by a16z crypto in our company, Merkle Manufactory. Sriram, Chris and team have been thinking about protocols and social networks as long as anyone and we’re thrilled to be partnering with them.

Finally, if the idea of working on decentralized protocols is interesting to you, we’re also looking for a few more staff-level engineers.